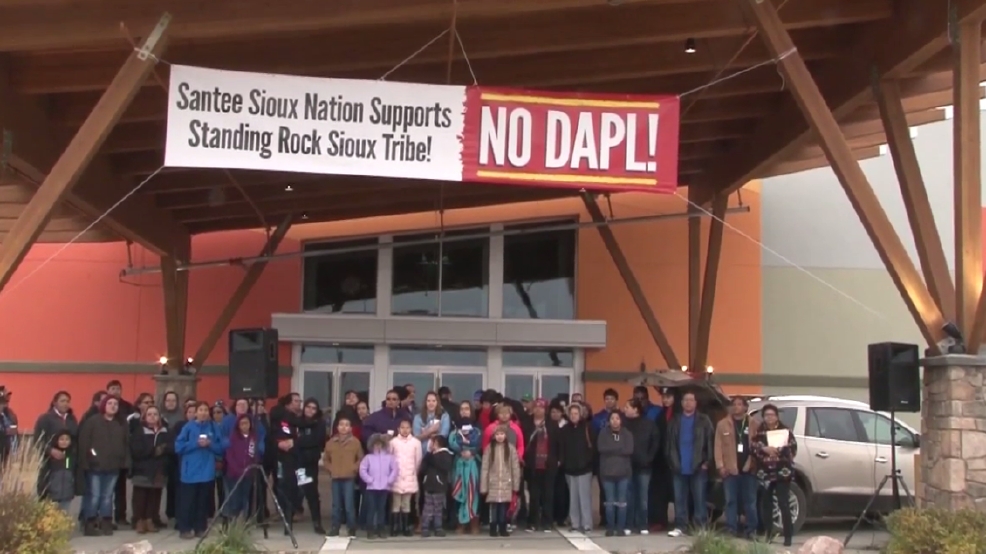 Standing Up At Standing Rock When Michael Wood arrived at the Bismarck airport, the reality hit him. He saw large groups of veterans in their old uniforms and badges: Desert Storm, Vietnam, Afghanistan.

They were everywhere, searching for outlets to charge cellphones, asking where the buses for Standing Rock were. There was camaraderie and a growing excitement as they discussed their shared mission.

Wood, not in uniform, slid past unnoticed, toward the baggage claim. This is a problem! This is going to be a problem.

But no one was there with signs or information or doing shuttles or anything like that. Once he retrieved his bag, Wood climbed into a rental car driven by Anthony Diggs, a homeless former Marine and volunteer from San Diego.

Diggs, an olive-skinned year-old with curly brown hair, talks quickly and at times incoherently. I spoke with Diggs recently, and he recalled running down the list of problems waiting for Wood: Veterans were not meeting at the designated check-in point in Eagle Butte, while volunteers were scattered from the Oceti Sakowin camp to the Prairie Knights Casino in Cannon Ball.

There was a lot of miscommunication. People were stranded on the side of the road outside Bismarck, where yet another bus had broken down.

Thousands of dollars worth of supplies had not been delivered to the post office box that, according to Wood, Clark failed to set up.

On top of that, a blizzard was expected that night. The inside of the Prairie Knights Casino was a disorienting sight. In stark contrast to the blinking and bleeping of slot machines, the floors of the hotel and gaming area looked like a makeshift emergency shelter.

Sleeping bags and canteens were piled in corners. Every available outlet was plugged with chargers. Wood hoped to find Clark and other volunteers for Veterans Stand.

Instead, he met a new cast of opportunists and idealists rising through the ranks of his topsy-turvy outfit. Loreal Black Shawl, a year-old woman of Oglala Lakota and Northern Arapaho descent, was recruited from the casino floor to be a spokeswoman for the group.

She joined at a particularly chaotic time. In the chaos, Wood managed to reconnect with Duesing. Buyukataman, however, was still en route to the casino with a busload of veterans.

Wood abruptly decided to put Buyukataman, whom he knew as kind, calm and collected, in charge of handling all the reimbursements.

I was hurriedly putting together a reimbursement form from my bus seat on the way to North Dakota. And there were already hundreds of vets there.

In the meantime, Wood stationed himself by a payphone and began reimbursing veterans with what cash he was able to withdraw from his bank account.

He was having problems accessing the GoFundMe money, and with nowhere to sleep, he curled up in the corner with a blanket, using his bag as a pillow.

When Buyukataman arrived at the casino the morning of Dec. When Buyukataman finally located Wood, he passed her a haphazard collection of receipts or scraps of paper with names, phone numbers and addresses scribbled on the back.

Buyukataman realized that no one had been using the roster to keep track of or reimburse the nearly 3, veterans who had signed up.

Hundreds of people were unaccounted for, and Veterans Stand was supposed to be responsible for them. Meanwhile, Duesing and Pate Hutson, a Navy veteran from Upper Arlington, Ohio, struggled to bring order to the camps.

Some came for a fight; some came for a peaceful war of some sort. There were a lot of vets who suffer from issues like PTSD and traumatic brain injuries, and they were getting triggered.

Thousands of people were sleeping all over the place, without the supplies that had been promised and without their medications — or money to get home.

Suddenly, uproarious cheering broke out: The Obama administration had denied a crucial easement for the pipeline. The water protectors had won a crucial battle.

Buyukataman wondered how everyone would get home. How could they possibly keep track of reimbursements now? Temperatures hovered around 3 degrees Fahrenheit.

Wind gusts hit 50 mph. Propane fuel gelled up in the cold, and an estimated 4, veterans organized by Veterans Stand were stranded, scattered across the plains, on the reservation and at the casino.

The casino auditorium was filled with a mix of Standing Rock Sioux elders and tribal members, veterans and water protectors.

The dozens of journalists who sat on the floor in the front row wielded cellphones and cameras as Clark spoke slowly into a microphone.

They felt like Clark was drawing attention away from the moment, from the Standing Rock Sioux, and focusing it on himself.

Later that day, Tribal Chairman Dave Archambault II ordered an estimated 14, protesters to go home. Clark left on a private jet while Wood, Duesing and Buyukataman tried to figure out what would happen next.

There were still hundreds of veterans unaccounted for, and the remaining campaign organizers scrambled to figure out how to get home.

Once signed, request for payment assistance will be processed. Checks will be mailed out to the mailing address on file within 2 weeks.

Standing Rock is proud to endorse the SAGE Development Authority and its premier initiative, the Anpetu Wi wind farm. Anpetu Wi will be Standing Rock's largest revenue source when it comes online in , and will create a foundation ongoing economic development for our community for generations to come — schools, roads, health care, and housing development, as well as future renewable energy projects.

This is because SAGE represents an innovative and replicable renewable energy model for public power that prioritizes people, land, and nature over profit.

With SAGE, we will continue the drive toward self-determination, energy security, and economic equity for ourselves and other Native nations, all while protecting the environment.

More Info Got It!